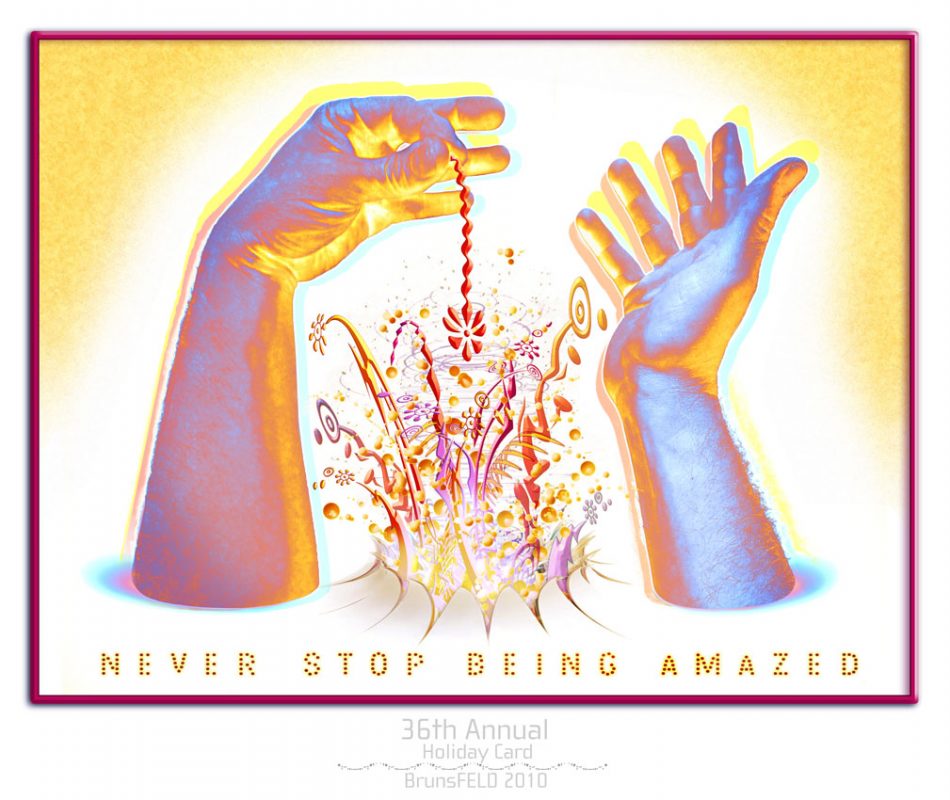 TINTINABULATION–the sound of a bell. WoW . . .

maybe I could DO something with that.

One rainy day, I photographed my left hand holding a dangling

flash drive and started experimenting with inverting the color &

imagining that the hand might be holding a BELL, and I could

somehow illustrate the SOUND of the bell, and possibly include

I spent gobs of time with it—-nothing promising.

Then I thought I could illustrate either SOUND or LIGHT

coming from what I was holding in my hand.

On another much sunnier day I photographed

my other hand trying to appear surprised. The photography looked

much different, but I was still playing.

I was convinced I would reshoot the hands anyway, after I

had discovered the recipe for the color adjustments to the hands.

I also am fascinated by images that have the channels out-of-sync,

so you see an echo of yellow, and another of cyan, and magenta.

It did not work here unless I made them pretty transparent,

but it thought it gave the hands some MOTION.

I finally realized–with the Holiday quickly approaching– that I should

get on with WHAT was the abstraction that was at the

center of this image—the SOUND or the LIGHT or whatever. . .

TIMES UP . . . Do something–Stop Experimenting !!

The abstract explosion bits are all vector shapes created in Illustrator

then brought into Photoshop, twisted, bent & distorted into

and light always seems better on a dark background,

but the hands did not look as good on a dark background.

so I had to show light against a white background.