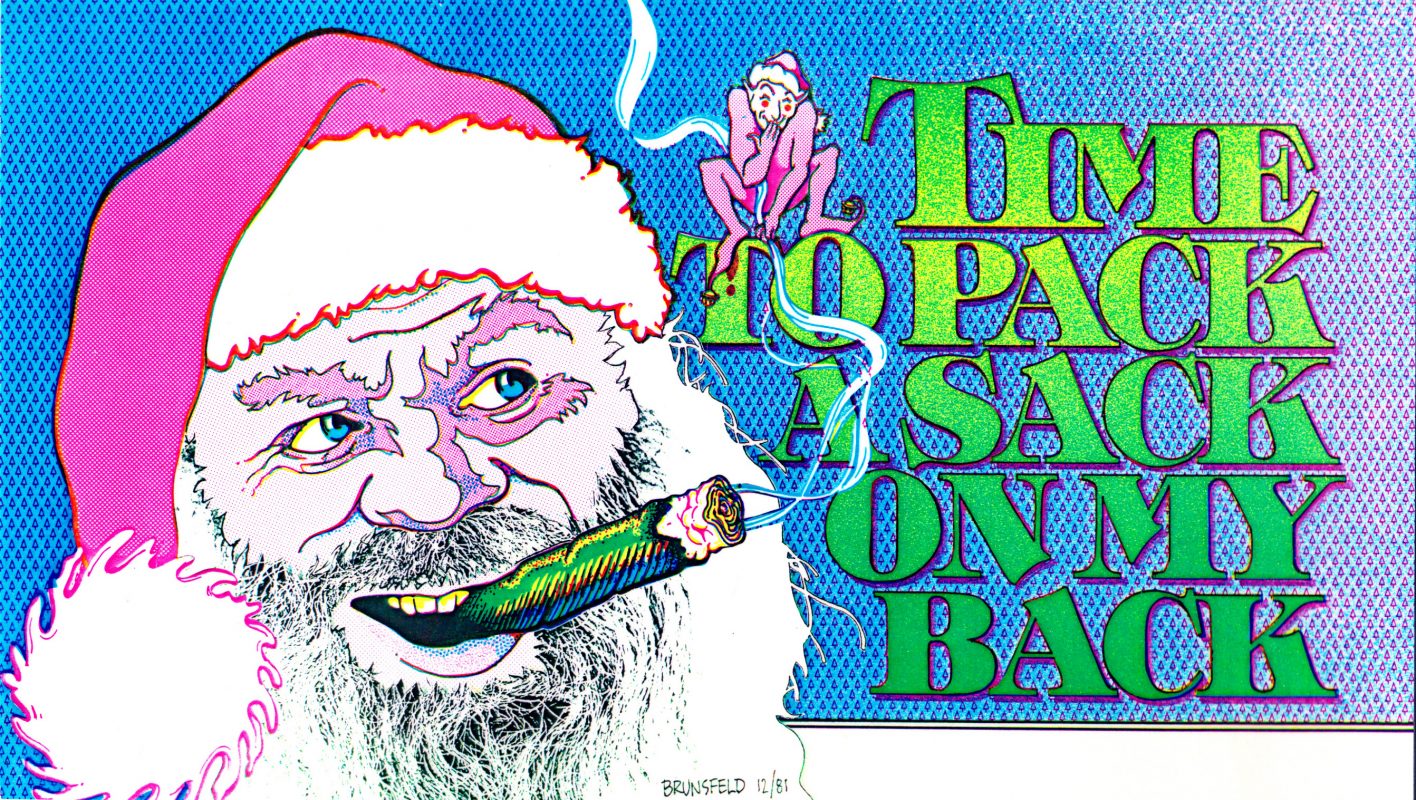 I had just discovered COLOR XEROX machines, and I learned that I could create COLORED IMAGES in 4 passes. so I created black ART with halftone gradients wherever a color would be on each of the 4 passes- a separate pass for cyan, magenta, yellow and black images. I learned that I could break down my artwork into 4 passes using only black where each of the colors were necessary. So I would mount the first color pass using an animation pegboard taped to the glass platen and after the first pass, I would hurriedly snatch off the first pegged artwork and quickly place the second pass – let it scan then quickly place the third  etc. Finally the machine would spit out the full color image. I would do this 50 times to create 50 copies of my Holiday card.